It was such a pleasure to meet RJ Wagner and photograph his acting headshots.  His career is strong, full of experience, expertise, and life! RJ is the type of actor directors count their lucky stars over – not just his strength in acting, but his true warmth in personality and joy that he brings to any set.  If you have a challenging role that needs trustworthy shoes to fill it, contact RJ through Donna Baldwin Agency.  If you are a new actor that would like coaching from someone who has been in the business and knows all the insides and outs, RJ is the one.

Learn more about how to get your acting headshots updated at DenverActor.com 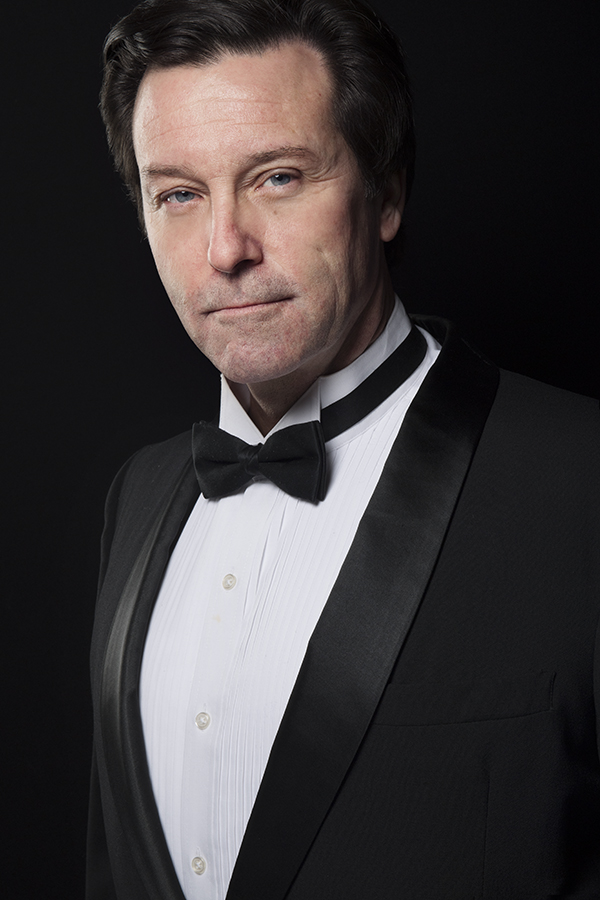 Born and raised in Los Angeles County, RJ has always had a passion for the arts. At the age of 5 years old, he had his first introduction to the magic of theatre by taking a trip with his family to Disneyland. Every year after that, he would go to the Magic Kingdom at least once a year. He always had a dream of one day being a part of the Disney Family.

RJ attended Loretto Heights College in Denver and received a BFA in Music Theatre in the mid-eighties. While in college, he had the opportunity to audition for a feature length film called “Enter the Bassett,” later changed to “Awesome Lotus”. It was a spoof on martial arts films. RJ didn’t have a headshot at the time and his college advisor suggested, in gest, that he should Xerox his face. He did just that. To make a long story shorter, he was cast in the film and received his SAG card for his efforts. Thus were the roots of a new beginning in the Arts.

While attending Loretto Heights College, he was able to perform in such stage productions as: The King and I, West Side Story, Hello Dolly, Funny Thing Happened on the Way to the Forum, Butterflies Are Free, Sweeney Todd, Carnival, House of Blue Leaves and Jesus Christ Superstar.

With his degree in hand, RJ decided it was time to go back to Los Angeles. Only problem, he had a Theatre Degree in a Film Town. While trying to break into the Hollywood scene, he picked up a job as a Tour Guide for a local bus company in Anaheim, California. The job felt like a one-man stand-up routine as he took tourists on a bus through the streets of LA, Hollywood and Beverly Hills. The tourists would eventually find themselves up at Universal Studios. Each day was unique with a bus full of world travelers and loads of stories, film crews and sneaking into the back lots of Universal Studios.

In 1987, RJ finally got his chance to work for The Walt Disney Company in the Parade and Character department of Disneyland. While at Disney, he had the opportunity to become a Royal Page, a Pirate, a Singing DJ, and dancer from the 50’s, plus much more. He even worked with huge stars: The Original Mouseketeers, The Sherman Brothers, Miss Piggy, Grover, Tai Babilonia and Randy Gardner, the U.S. Olympic Team for the Seoul Summer Olympics and Vice President George Bush.

RJ later spread his artistic wings by working as a contestant chaperone and part-time warm-up for the Game Show Scrabble starring Chuck Woolery. He also worked with Dick Clark on the Game Show Scattergories. Never afraid of too much work, he added Singing Waiter to his list of jobs in a local Nightclub in Anaheim, California called Crackers.

In the late-90’s life took a left turn for RJ as he began a different career as a Sales Manager for the Los Angeles Philharmonic and Hollywood Bowl. His aspirations to be an actor were put on hold, due to the fact that he needed to put a roof over his head and food on his plate. He still managed to study his craft though. RJ continued his education at the Harvey Lembeck Comedy workshop for three years and a brief stint at the Groundlings in Los Angeles.

Life is a rollercoaster and RJ’s has been no exception. In 2001, he found himself back in the beautiful state of Colorado. After a life-changing event in 2004, he decided to take some raw emotions and reignite his acting career. He started by forming his own Singing Telegram and Children’s Entertainment Company called Slippery Slope Productions.

Since he’d been out of the theatre world for quite some time, he needed to build his acting resume back up and re-enter into the industry. He performed in local productions in the Vail Valley for six years. What an amazing opportunity it was to star or co-star in such shows as The Fantasticks, Man of LaMancha, 25th Annual Putnam County Spelling Bee, Godspell, Funny Thing Happened on the Way to the Forum and Rocky Horror Show to name a few. He even was able to direct two shows during that time as well…Butterflies Are Free and Who’s Afraid of Virginia Woolf.

In 2011, RJ decided he was ready to get back in the game as a paid professional actor. He signed with Donna Baldwin Talent Agency in Denver and began auditioning. He’s booked commercial and narrative work with the agency in several spots from Mitsubishi to Southwest Airlines. He was also cast in CBS’s docudrama “The Case of: JonBenet Ramsey”.

From 2012 to present, RJ has performed at The Arvada Center, BDT Stage, Town Hall Arts Center, Candlelight Dinner Playhouse and Heritage Square. Shows include: The Regional Premier of “Saturday Night Fever”, “Peter and the Starcatcher”, The Music Man and many more.

He’s also been able to find narrative work on his own in movies that have been seen on the big screen as well as on cable and in festivals throughout the country. Some of these Feature Films and Shorts include: Dear Eleanor, The Cylinder, Hans Crippleton: Talk to the Hans, Crash and Burn Stories, Sirens, Two Secrets, The Undercard, Turn Around and many more.

RJ feels like he’s only scratched the surface as to what he is capable of as an actor, director, producer and business owner. He has recently opened up an acting studio in Broomfield, Colorado so that he can pass along some of his wisdom of the past to the newest generation of actors. He still owns his entertainment company Slippery Slope Productions and looks forward to having it morph into a bigger and better entity. He is currently directing another show for the Vail Valley Theatre Company called “Vanya and Sonia and Masha and Spike,” which opens July 12, 2018. He recently finished two projects as an actor in the documentary “Watering the West: A Water Western Starring the Cache la Poudre River” and MENver starring Writer/Director/Actor Marty Lindsey.

The future holds many cards, and RJ Wagner can’t wait to see what he is dealt next. To stay in the loop of RJ’s career, please visit his website at www.rjwagner-actor.com